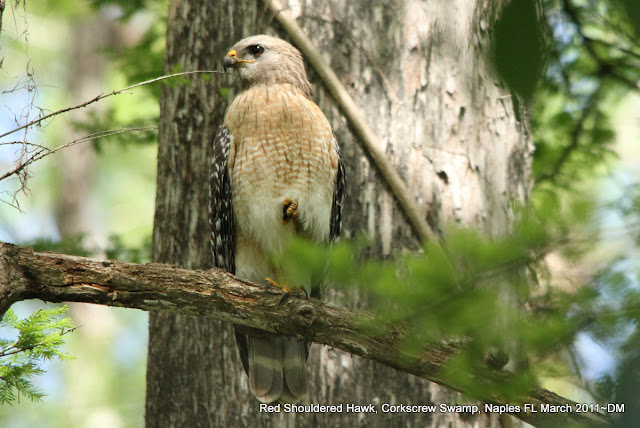 I took a little mini-trip to Florida in the earlier part of this week. I must have seen between 75-100 bird species over the last three days (many were repetitive from last year's trip). Below is a lil' list of lifers and some misses. I've added a few select photos from some of the major parks I visited. 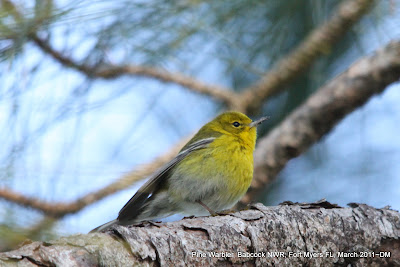 Pine Warbler
I guess I'm kinda disappointed in this trip. I had some bad luck along the way ... stupid things like my camera malfunctioning on the first day of the trip, mis-placing the GPS I brought from Windsor (only to find it later), and abruptly shortening my trip and slashing my original itinerary.


Sanibel Island & Ding Darling National Wildlife Refuge
Great birding area. I could swear I saw a Black-whiskered Vireo at one point, but I'm not sure if it was just a red-eyed vireo. As I drove to Sanibel Island, Royal Terns and Osprey were very easily seen. This was a great park, but to my absolute dismay, my camera died soon after I entered the park. I did get to see a Magnificent Frigatebird overhead. I was actually looking up on occasion as I drove and I saw a huge bird with a forked tail... I pulled over and snapped a few photos as it circled overhead and then continued northward along the gulf coast. 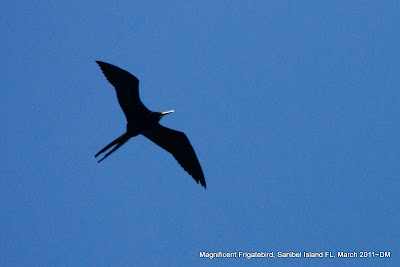 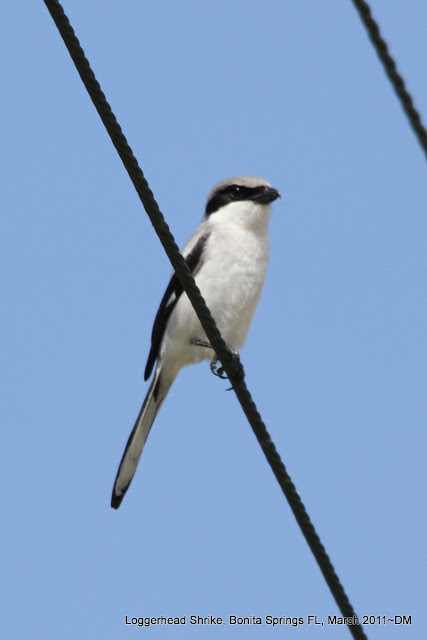 Fred C. Babcock/Cecil M. Webb Wildlife Management Area
This area is near Fort Myers and is a huge reserve, it was awesome to drive around. There were promises of Red Cockaded Woodpeckers (RCW), Brown headed Nuthatches and other great birds. The number of roads and paths to take was confusing/frustrating. I did get my second look at a Meadowlark... I still have not seen one in Ontario yet. I saw many Warblers, Eastern Bluebirds and typical Florida Passerines. I saw a Northern Bobwhite which I believe are almost placed there for the sake of hunting. 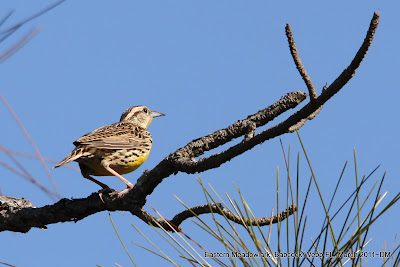 Corkscrew Swamp Sanctuary (Naples FL)
A few 'wild' painted buntings were hanging out (and around) the feeders at Corkscrew Swamp Reserve. A female was hanging out as well. I saw tonnes of warblers and parulas on this trip but they were high in the trees and difficult to get great looks at through the foliage. I was informed an American Bittern was out near one lookout and it was flushed just as I approached the viewing platform... I still have not lifered this bird! Later though, I saw two separate Pileated Woodpeckers, one male, then later a female at very close range. I saw at least 4 separate Red-Shouldered Hawks crashing through branches catching lizards off branches.  I would say this location is a must see, and is hands-down my favorite Florida birding experience. Even if you didn't see any birds, the habitat is absolutely breathtaking. 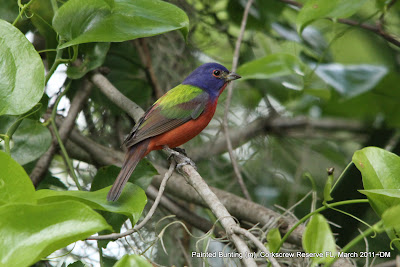 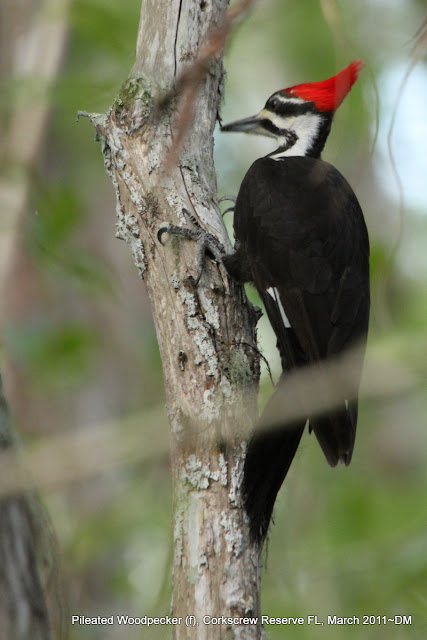 Merritt Island National Wildlife Refuge
Merrit Island was absolutely incredible last year, but this year, ... it was a little bit of a disappointment. Many of the areas that were flooded last March were bone-dry this March. One nice catch from Merrit Island was the Clapper Rail below. I also found a pair of Florida Scrub Jays on the Scrub-Jay trail. Some cool turtles were seen along the Canaveral National Sea Shore. 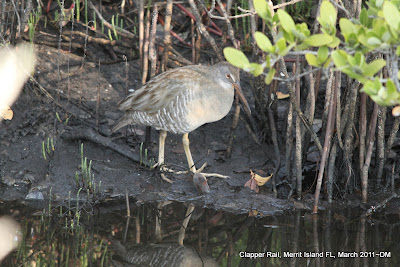 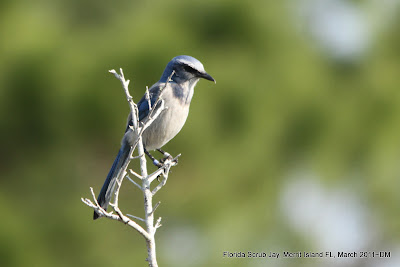 Florida 'Scrub Habitat' is getting more and more rare. Its like SW Ontario's Oak Savannah habitat... Both are just so easily turned into sub-divisions or strip malls or Best Buy parking lots.   I was pleasantly surprised to see this Scrub Jay on the Scrub Jay Path on Merrit Island. This guy was proudly perched while another (female?) Jay was skulking around nearby.

Bonus: My first attempt at youtube videos. I took 40 seconds of video of  a Pileated Woodpecker...


Below I list out some of the parks I had planned on visiting and some that I actually made it to. This may be of use to anyone planning a trip to Florida soon.

Posted by dwaynejava at 9:43 PM