Ducks in the D --- Winter birding on the Detroit River 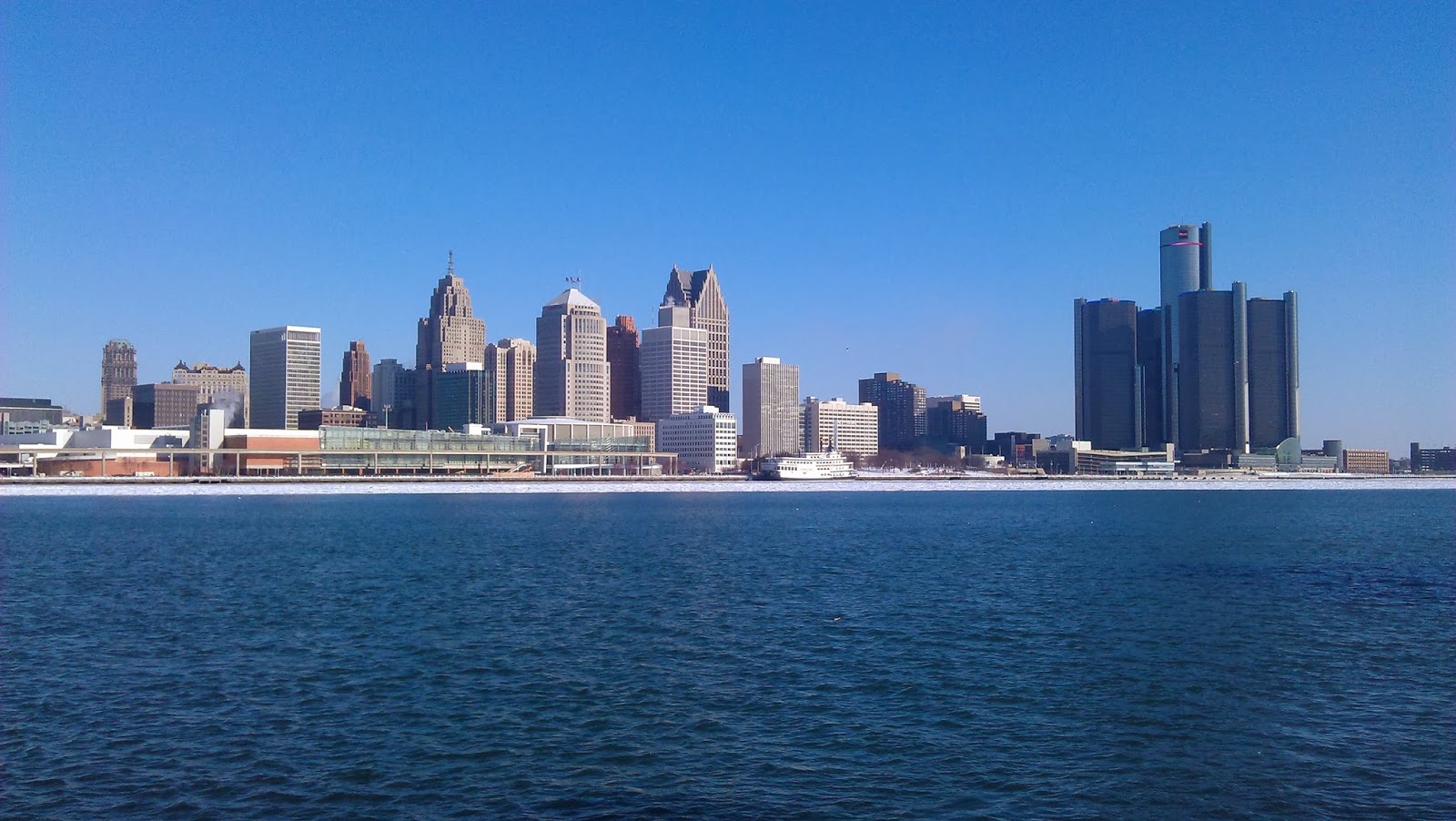 The Detroit River has been the highlight of my winter birding efforts over the years and this year is no different. This winter, there has been huge numbers of White-winged Scoters on the river. I've only been birding for 4 years, but I have never seen more than one or two White-winged Scoters along the Detroit river. This year, I've seen rafts of 20 ww-scoters in two or three different locations along the river! Long-tailed ducks are also extreme rarities along the Detroit river --- even though tens of thousands of these ducks are easily seen along the Sarnia River / Port Huron just one hour north of here.


During this last week, a Black Scoter was photographed at a park in West Windsor called McKee Park, just 200m west of the Ambassador Bridge. I tried to catch up the Scoter, only to come up empty-handed but was able to see this sleeping Long-tailed Duck instead. *Quick historical note* The area west of the bridge in Windsor is one of the oldest communities in Ontario. This house below, just one block from McKee Park is the Duff-Baby house built in 1798 --- It has changed ownership many times since it was built but this house was rumored to have hosted Chief Tecumseh and was at one time raided by the American army during the war of 1812! I had to throw in the historical reference --- Oldsquaw in Olde Sandwich Towne... 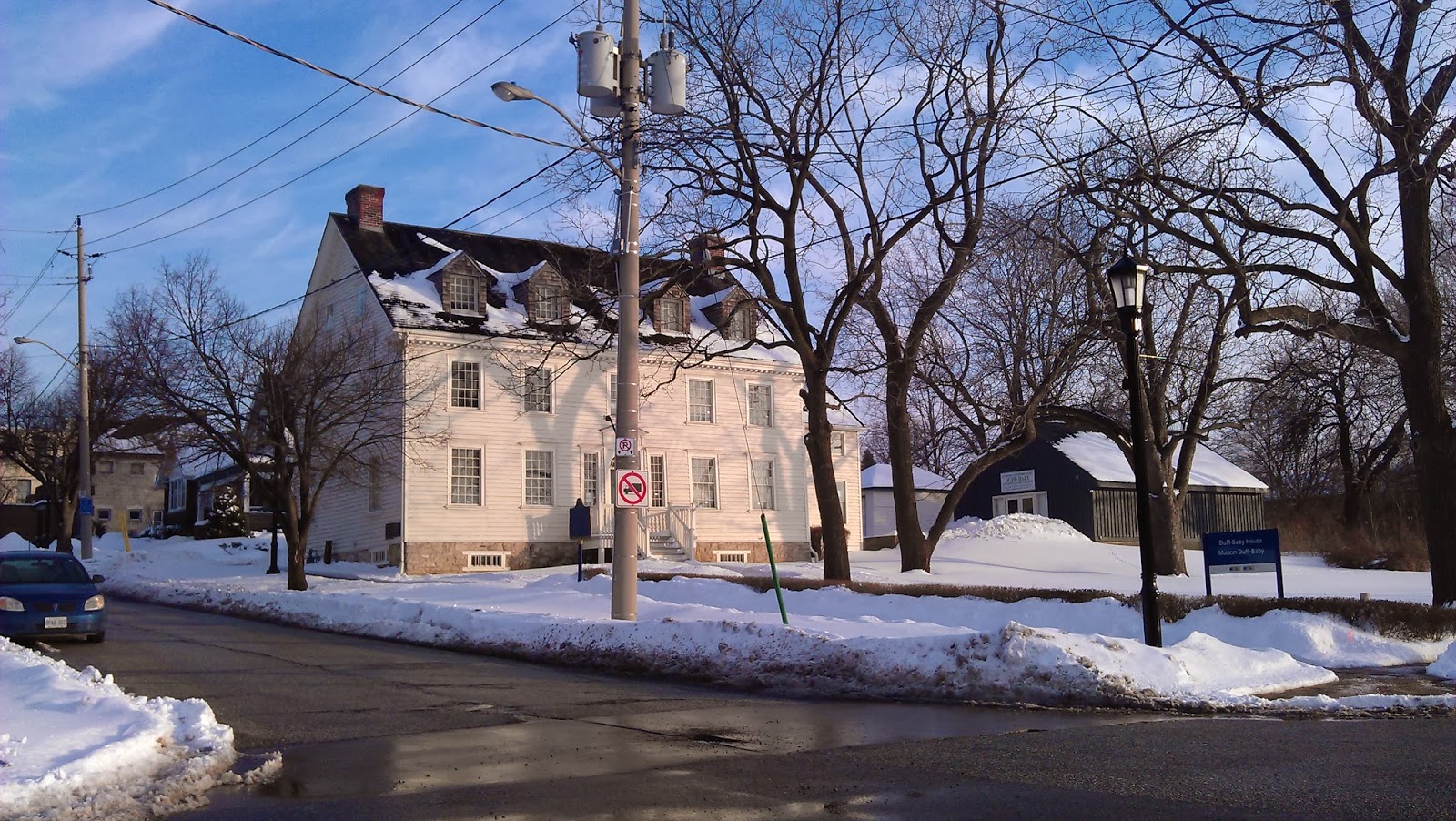 I also attended a nature outing held by the Essex County Field Naturalists which was held last weekend. While touring the Black-oak Heritage Park in West Windsor, we toured the last remaining undeveloped shoreline in Windsor --- a small strip of land called Ojibway Shores [map]. Our group saw some of the more common birds that one would expect to find in the forest and along the river --- our main highlight was some Glaucous Gulls always a pleasure to see. It was surreal to watch these gulls in front of the Zug Island industrial complex which one sees when standing on the shores of Ojibway! (Side note about Ojibway Shores: The Windsor Port Authority owns this land and was about to bulldoze it to store aggregate for a new bridge crossing over the Detroit River. A few hundred people protested and the port authority backed down -They promised not to destroy that last remaining natural area along the water for "two years"). 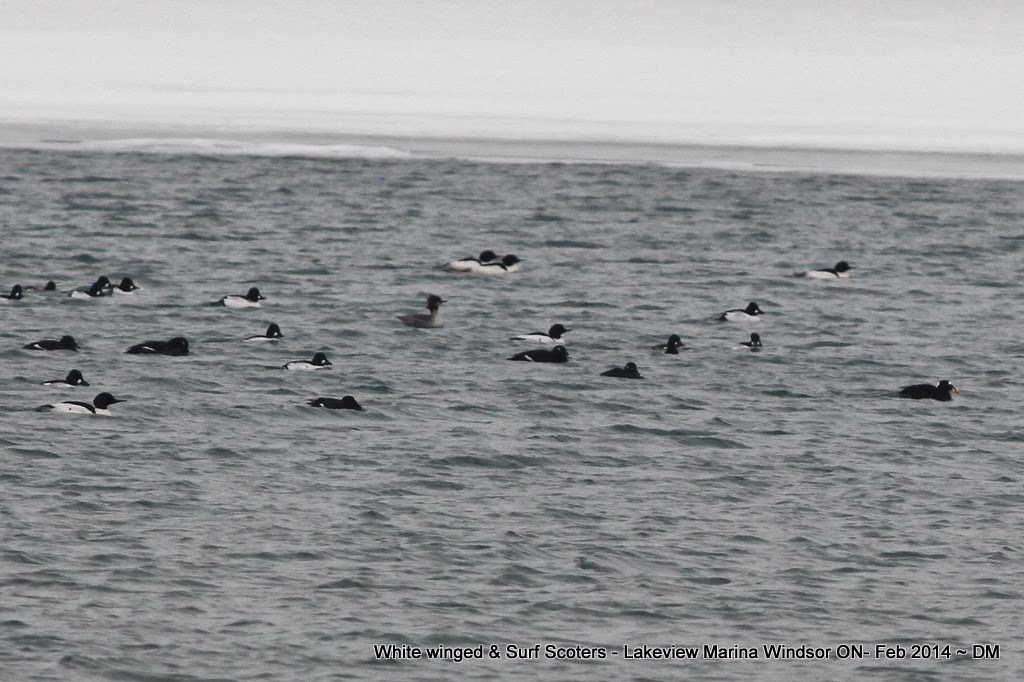 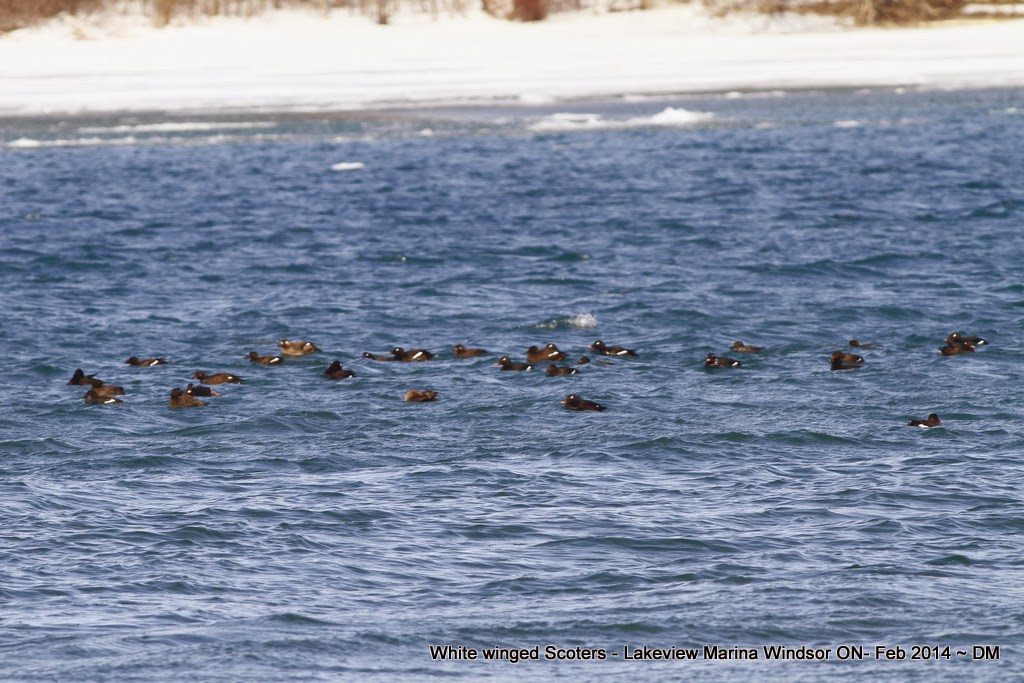 A couple more scoter rafts above. Can you find the Surf Scoter? 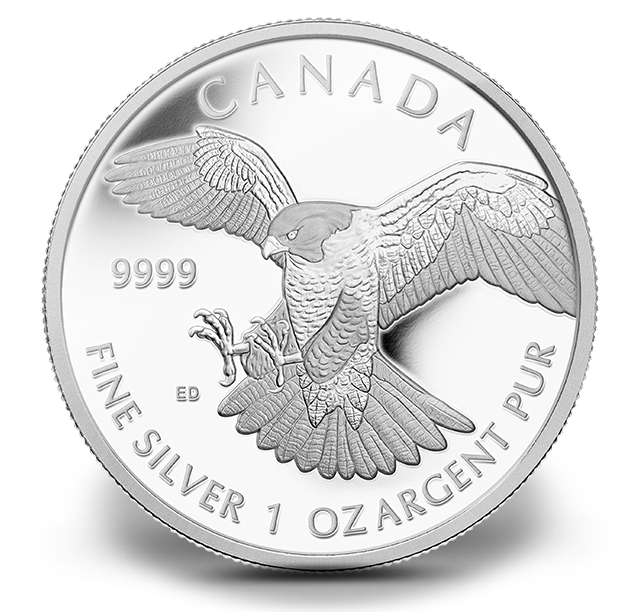 Numismatics is the study/appreciation of coins... and over over the last few years, I have passively saved unique circulation quarters that I found in my change. I had a small jewelry drawer full quarters that I had saved and recently took inventory on what I had. Amazingly, I had 41 unique quarters from the 50 American State quarters, not to mention many recent quarters from Canadian Currency as well. In particular, the quarters from the "Our Legendary Nature" series [link] and the War of 1812 [link] were exciting coins to collect.

The Peregrine Falcon above is about $89 from the royal canadian mint and about $28 from the link below.
http://silvergoldbull.com/1-oz-2014-birds-of-prey-series-the-peregrine-falcon-silver-coin
http://www.mint.ca/store/coin/1-oz.-fine-silver-coin-peregrine-falcon-2014-prod1870015#.UwF_XfldWSo


The "Lucky Loonie" that was made famous at the Vancouver Olympics was buried at center ice at the hockey rink and some people credit (jokingly) that the loonie was responsible for Canada's win in mens hockey. The coin features a Common Loon emerging from underneath the water along with the Canadian Olympic team symbol. Jan Hudec recently won bronze in mens alpine skiing and it was noted that he too had buried this coin at the finish line. The royal canadian mint was offering 5-packs of this uncirculated coins delivered to your house for $5 with no tax and free shipping... Not a bad deal!

This beautiful coin below is a huge 1-oz pure silver coin featuring a Bald Eagle taking flight [link]. The interesting thing about this coin is that it costs $100, but has a face value of $100, so at any point of owning this coin, you could redeem its value at any bank. 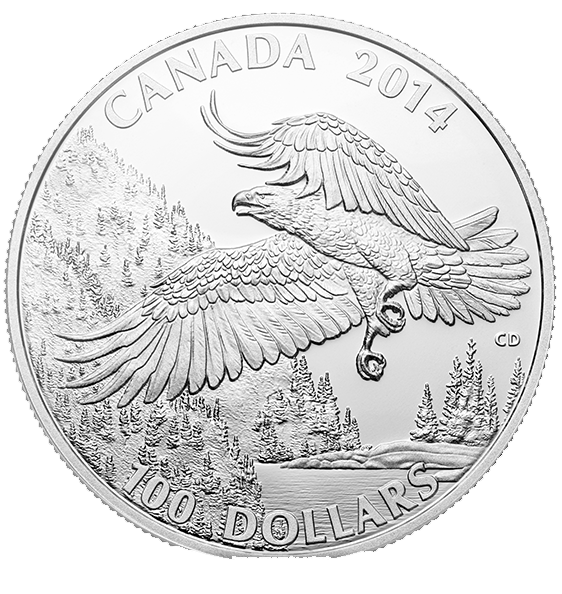 And the royal canadian mint has not forgotten about butterfly watchers as well. They created this excellent coin below featuring the Canadian Tiger Swallowtail which is available in a silver plated (~$30) and solid silver version (~$100). I'm excited to see what else comes this year. I think a coin featuring a Monarch would be a great followup for this year.

For birders who are budding numismatists, there are lots of exciting coins available right now and it looks like more great coins are to come.

Birding Update:
My birding has been lackluster lately. I have had a few uneventful birding trips closer to Windsor with not much to report. There are always great looks at waterfowl at Lakeview Marina but even there, I have not caught up with many rarities. On Saturday this past weekend, I saw two Horned Grebes and 15 White winged Scoters were nice to see.

Today, I joined the Essex County Field Naturalists walk at the Black Oak Heritage Park and Ojibway Shores for a birding walk. Just the most common winter birds were seen, although at Ojibway Shores, we had 3 Glaucous Gulls, 10 or more Great Black backed Gulls, 4 Bald Eagles and even a flyby Great Blue Heron among many expected waterfoul and gulls.

Posted by dwaynejava at 11:53 PM No comments: