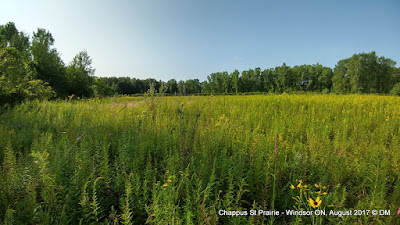 This morning on Aug 26th, 2017 the Essex County Field Naturalists had two event offerings within the Ojibway Complex. One was a hummingbird banding demonstration at the visitor center, and the second option was to tour some of the botany features of the Chappus St. Ojibway Prairie fragment area (as well as the Spring Garden Study Area). I opted for the botany tour! Our tour leader was Russ Jones who is a botany expert that works in the natural areas surrounding the new DRIC (Detroit River International Crossing) bridge corridor. 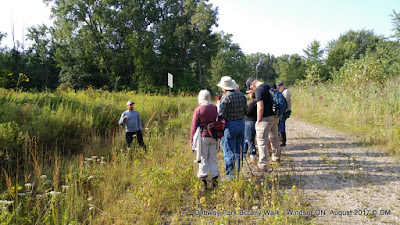 The Chappus Street (Prairie remnant) area was adjacent to the DRIC project and was just starting to be developed into a residential neighborhood. The MTO bought the few houses that were just recently built and the surrounding land to compensate for the environmental destruction the DRIC highway caused on the Ojibway Complex. Had a proper environmental assessment been completed, no development should have been allowed in an area filled with endangered species. One interesting point that Russ made was that even though the DRIC bridge project had a huge environmental impact on the Ojibway complex, the fact that the Chappus street area was preserved and restored hints that there was a net positive effect on the area. This Prairie is arguably as biodiverse and filled with rare plants as the Provincial Ojibway tallgrass prairie, Tallgrass prairie preserve, or the Spring garden area.

At one point we entered a gated portion of the area and were lucky enough to see one of the rarest plants in Canada. Tall green Milkweed! Other excellent plants were Blood red Milkwort, Three awned grass, (cudplant?), Round headed bush clover, Tall Coreopsis,  Foxgrape, Hairy Pinweed as well many species of sedges and rushes that are rare in Canada. 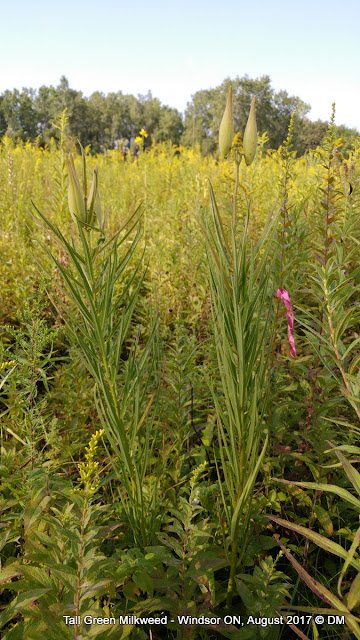 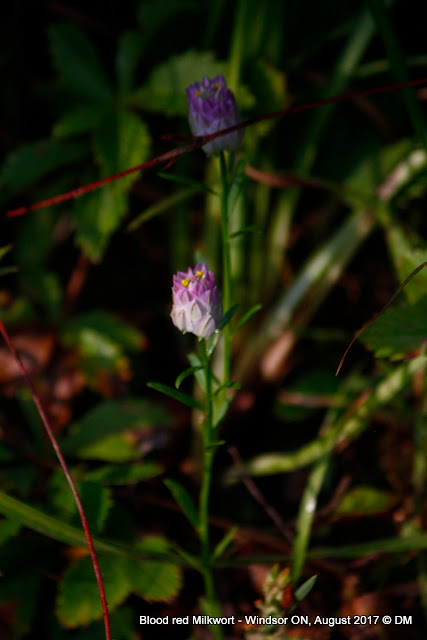 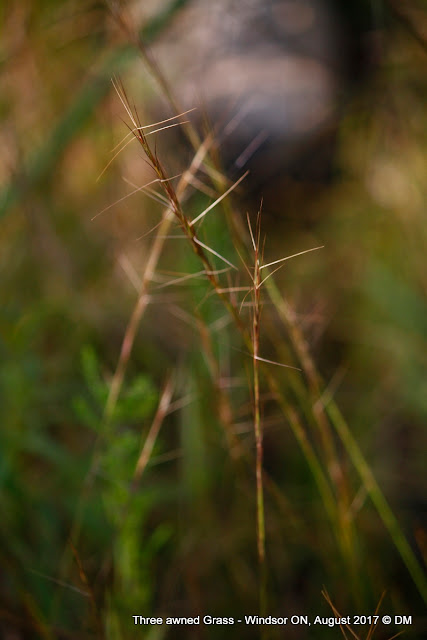 Later on in another area of the prairie we saw a few other rare plants including Narrow leafed Mountain mint (as opposed to the more common Virginia Mountain Mint), Winged Loosestrife, Culver's Root and others. One area was restored from a perfectly manicured lawn that was being maintained by someone who was extending their back yard onto this property. 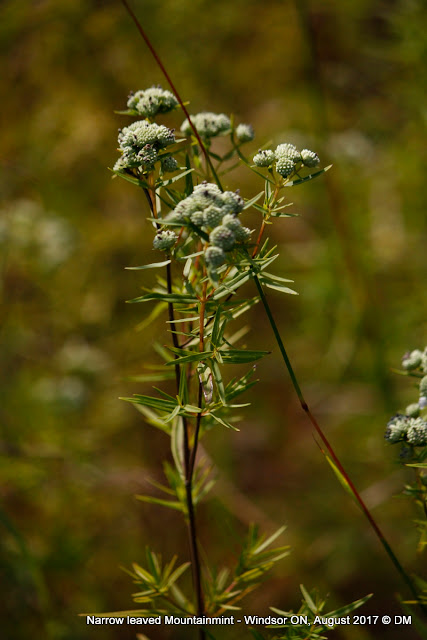 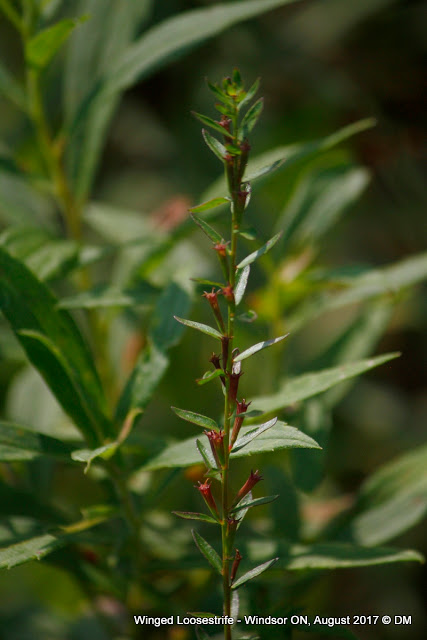 One last point that Russ showed the group was the hibernaculum that were setup from basements that were developed along that road. The concrete and wood left over from the few demolished homes acted as a perfect backfill for basement foundations that would make great wintering habitat for then local endemic snakes (Fox and Butler's).

Later, we moved toward the Oakwood forest section of Ojibway and took note of the new bio-crossing passage that connects Oakwood with Spring-garden. This passage allows snakes, mammals and herps cross the 401 highway that has divided the two areas for decades. The genetic exchange that can take place with a passage way will increase the chance for the animal communities to be healthier and thrive. Some radio tagged snakes have used the corridor which proves its usefulness. 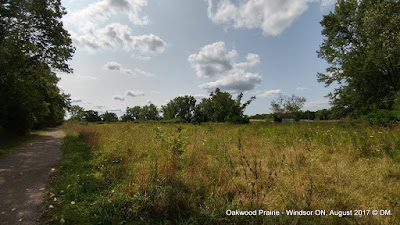 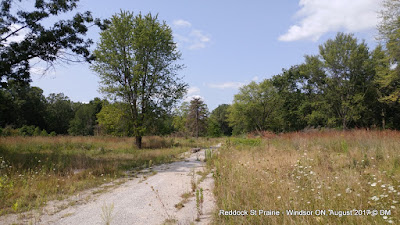 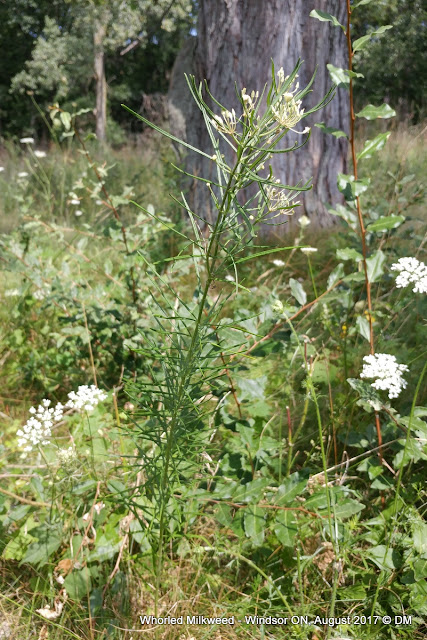 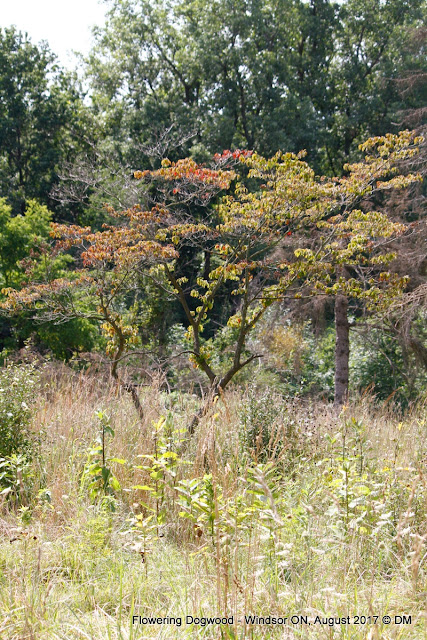 We then were allowed to go to the spring garden study area which used to be a small (Reddock?) street with houses, but because of the DRIC project, needed to be expropriated. Indigo Buntings, Carolina and House Wrens were present as we looked at Tall Sunflower, Silky Dogwood, Flowering Dogwood, Whorled Milkweed, and American Chestnut.


Overall, I think the 12 participants to this field trip were amazed by the biodiversity of the sites that we visited and were very appreciative of Russ's time and expertise. It would be nice to have more botany walks at different times in the spring and summer to appreciate the botanical bounty that the Ojibway Prairie Complex has to offer. 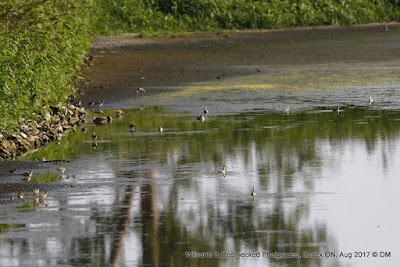 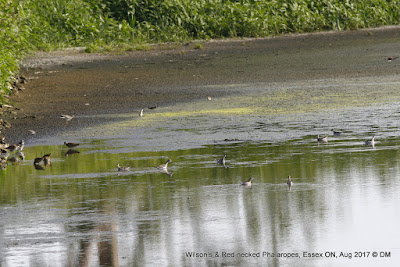 Most people in southwestern Ontario probably know about the long-staying Phalaropes at the East Essex S.L. The funny thing about this sighting was that day by day, it seemed more Phalaropes incrementally appeared. I had gone on one occasion and I had not seen any. Then on my second try, I was able to see 5 Red-necked Phalaropes and 2 Wilson's! I also had a Kory and Jeremy H sighting! 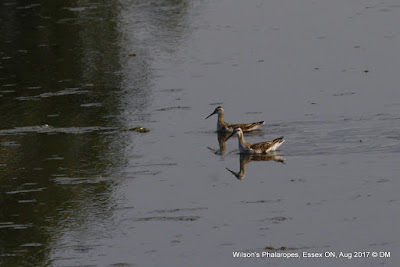 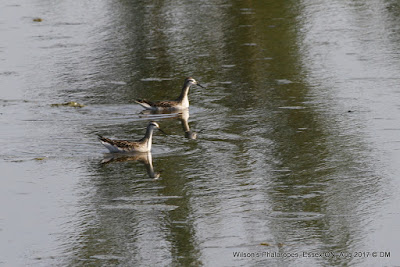 At Ojibway, I have not been too active recently due to the fact that I've taken four university night courses this summer. The occasional walk has revealed some decent sightings though. I had seen a small family of four Eastern Bluebirds (both parents and two juveniles).  Back in early August, Dense Blazingstar was at peak bloom. I made it out occasionally just to appreciate how cool they are. I also noted my first square stemmed Monkeflower (Mimulus ringens). 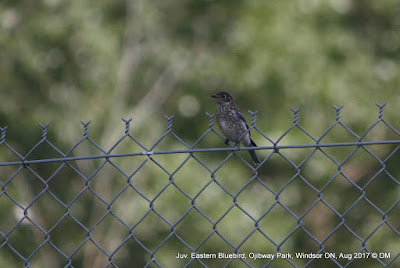 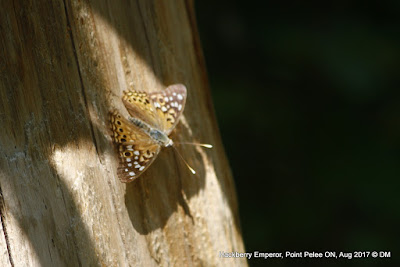 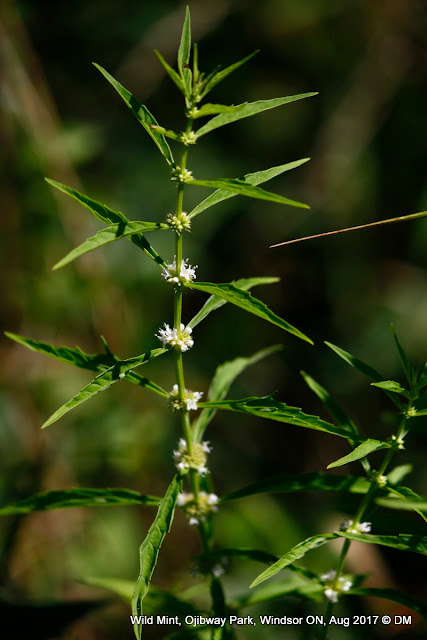 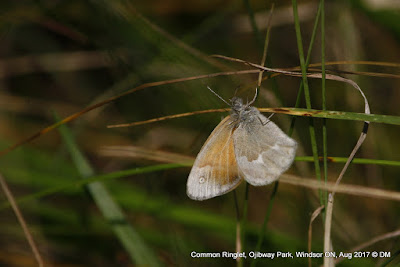 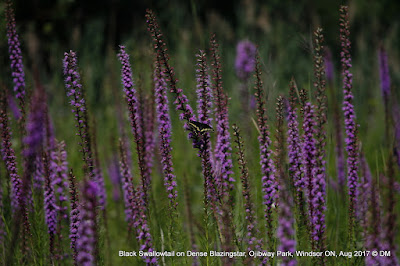 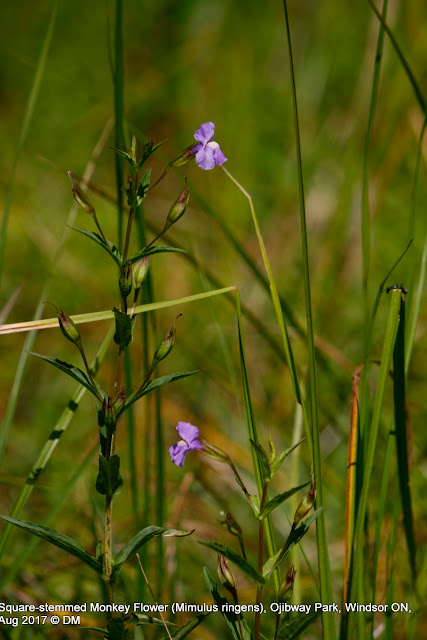 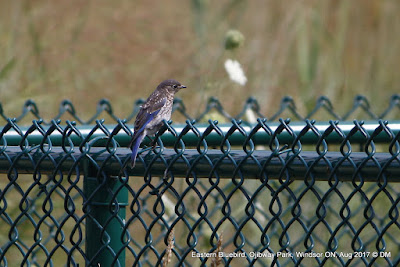 
Rise of the Millenial Birder
http://www.macleans.ca/society/the-rise-of-millennial-urban-dwelling-birders/