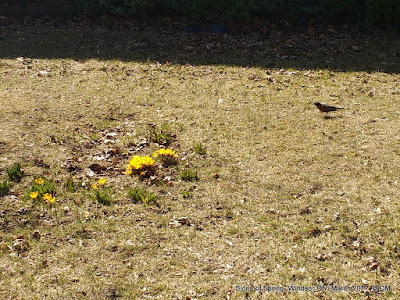 This past week -with its milder temperatures - inspired me to get out a little more and walk around in nature! The two scenes above and below were taken near my workplace and it was nice to see Robins and blooming flowers - as well as honeybees! I saw a Robin a few weeks ago in my backyard but this weekend they seemed to have arrived en-masse - they were fighting for territory today in my neighborhood. 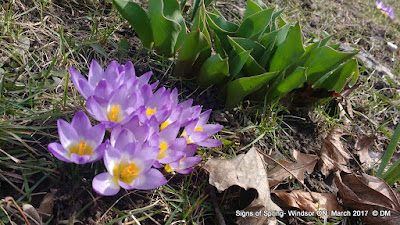 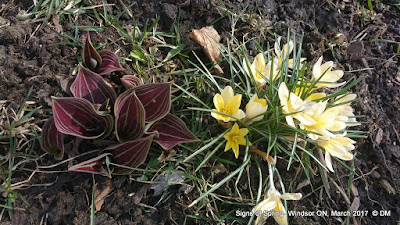 I've walked around at Ojibway Park this week after work and noted my FOY butterflies - two Eastern Commas and three Mourning Cloak butterflies on Friday March 24th (many naturalists in SW Ontario had noted seeing these two butterfly species back in late February) . A couple other highlights were a pair of Carolina Wrens and a Fox Sparrow today near the feeders of Ojibway.  It was exciting to see and hear the Carolina Wrens today because I don't think I've seen them for a year or two at Ojibway Park. Singing Western Chorus Frogs were heard this week at Ojibway and at South Cameron Woodlot. Of course, birds are really starting to fill the air with song include: Song Sparrows, Killdeer, Red winged blackbirds and White throated Sparrows. I have not seen an Eastern Phoebe yet, and I have not seen or heard any American Woodcocks since my last posting which was on Feb 24th! 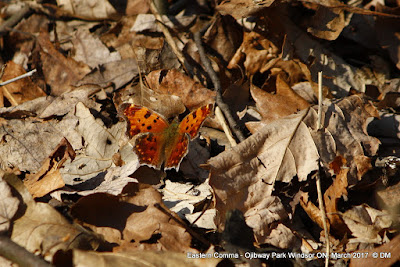 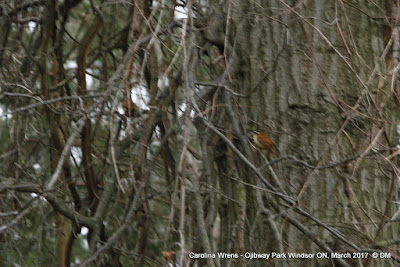 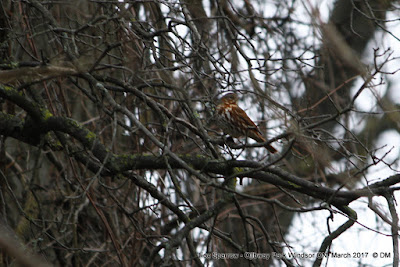 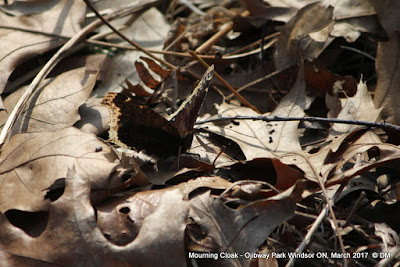 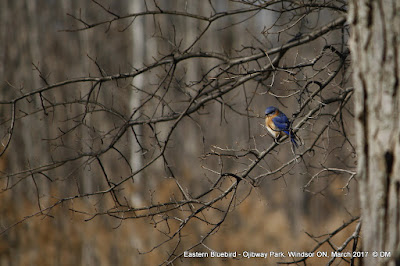 Some back yard notes include what seems to be a breeding pair of Red tailed Hawks perched on the edge of the South Cameron Woodlot forest. The leucistic Field Sparrow that was seen earlier this winter had been seen a few more times in mid-March. The Red-bellied Woodpecker that frequents my backyard feeders seems to have attracted a lady friend this week - which was amazing to see. 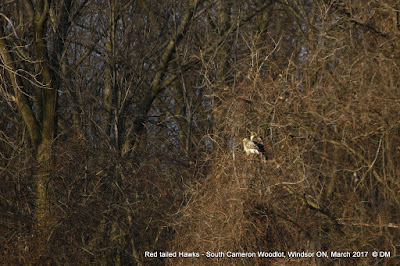 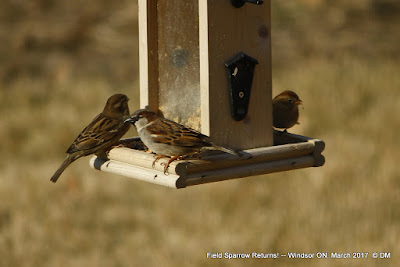 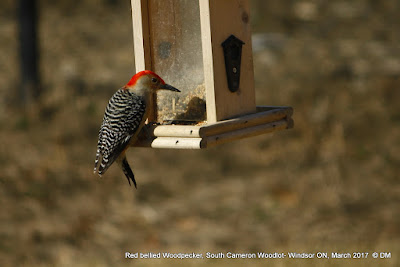 On a final note: I'm always interested in reading / sharing nature related news. Have you heard about the Help the Bees flower seeds that were given out in General Mills Cheerios Cereal boxes? Some biologists are worried about the non-native or invasive nature of distributing these seeds across Canada. Here is a link to that article:

I am planning on planting many native plants (naturalizing) my backyard in an effort to help pollinators ... More on that later.

Posted by dwaynejava at 10:47 PM No comments: