This year was such a great year in my own quest to appreciate and learn more about botany. I figured I would do a little year-end summary. 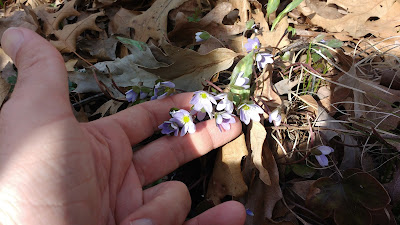 Late April walks at Oakwood park will sometimes result in some early migrants such as Yellow bellied Sapsuckers and some good warblers, but this year, I happened to look down a little more.  I had noted amoungst the Trout Lilies a different flower that I had never seen before. I did not know what this was when I photographed it but later came to realize that it was Sharp lobed Hepatica! Notice the clover-shaped leaf in the bottom right of the image --- the "sharp lobed" in the name refers to the point at the tip of those leaves, not the flowers petals themselves.

Another decent discovery at Oakwood Prairie was this Pointed Blue eyed Grass. 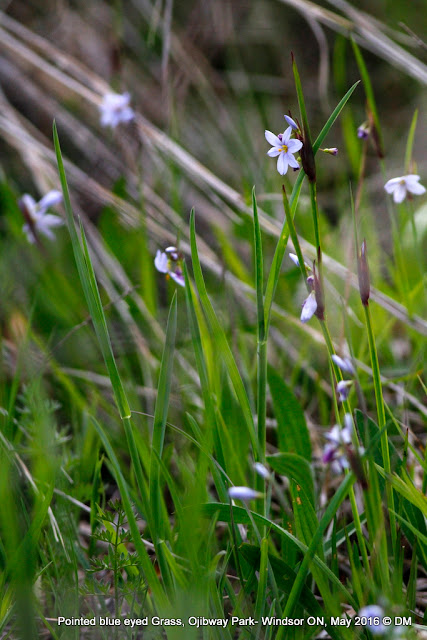 This next sighting was perhaps my best natural sighting of the year - a Purple Twayblade Orchid at Provincial Tallgrass Prairie Reserve at Ojibway Park. Another great thing about this sighting was that I got the chance to meet a great naturalist - Allen Woodliffe. I think the best thing about the blogosphere is that it connects people with similar interests - and how great is it to meet up with the people you are reading from? 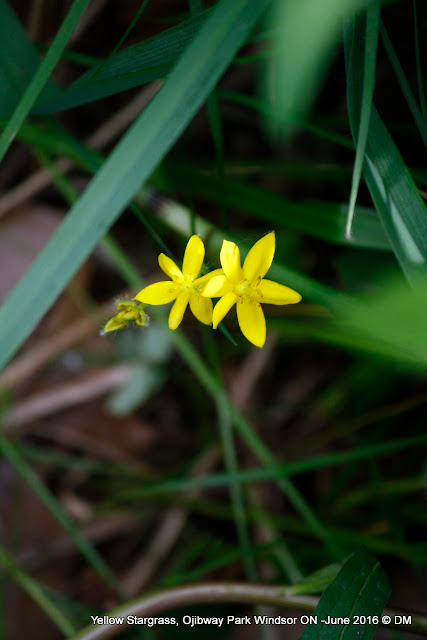 While looking for the Purple Twayblade - I serendipitously discovered a different species - a Fen Twayblade (Liparis loeselii) at a fragment of Ojbiway's tallgrass prairie that extends into Lasalle. This prairie is now a forest - as prescibed burns have not taken place to combat natural succession. 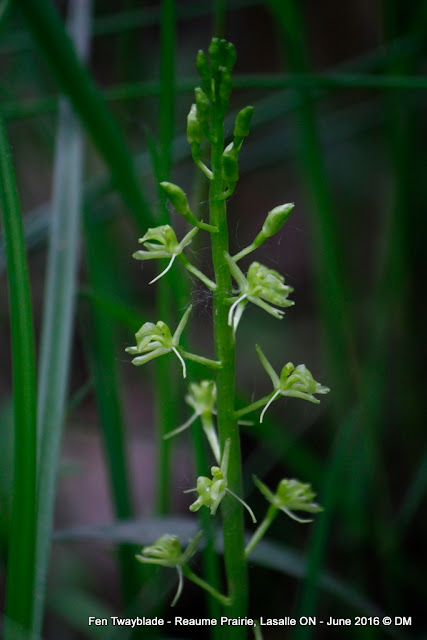 Another respectable prairie plant that I had photographed at this Lasalle location was a Foxglove Beardtongue flower below. I did not know what it was when I photographed it but realized what it was later from Allen's blog. 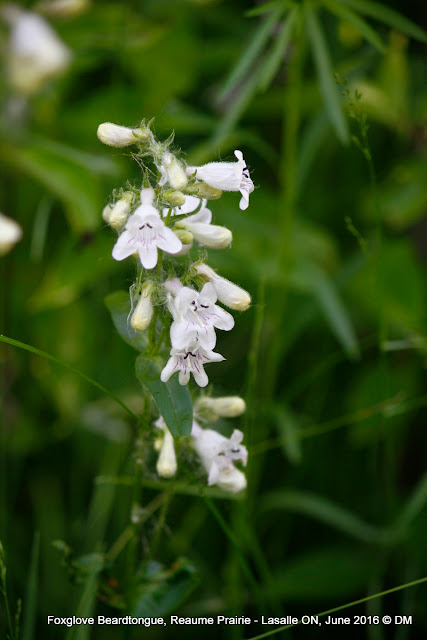 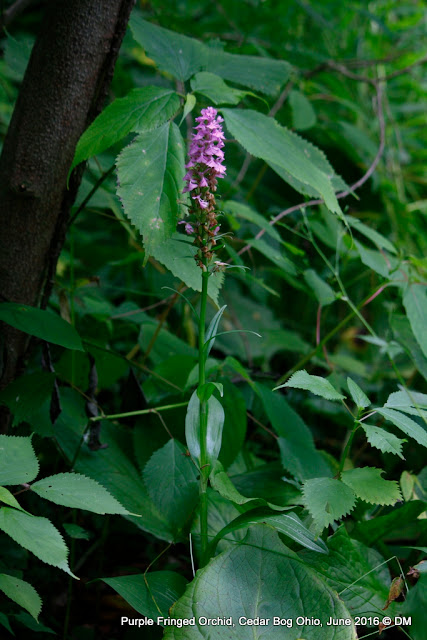 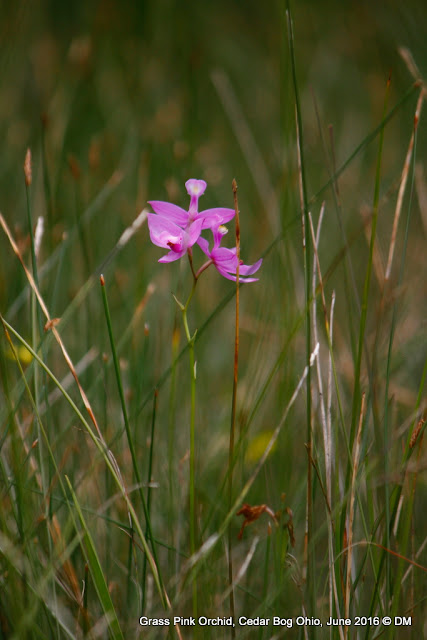 Back at Ojibway - Round headed Bush Clover as well as Slender Bush Clover were discovered. The time window that these plants flower is very narrow and several visits were required to see these plants in flower. Spotted Wintergreen was found as well. 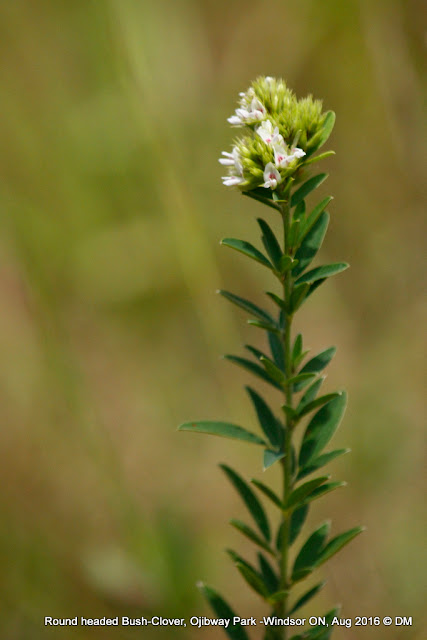 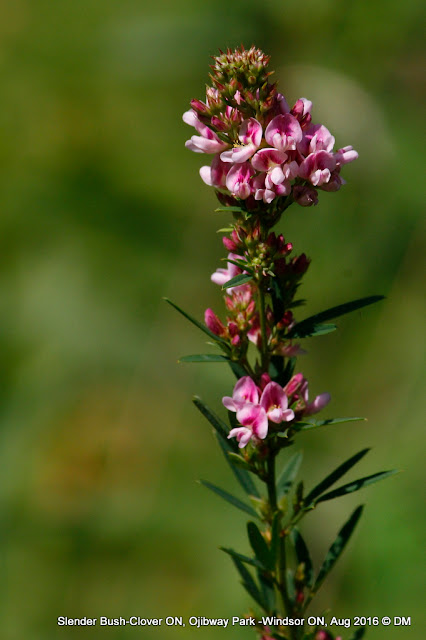 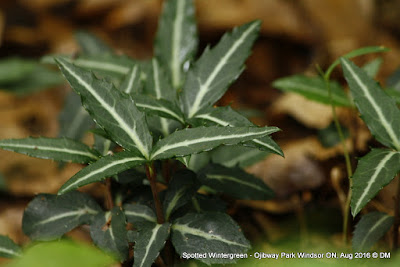 While looking for Fringed Gentian at Ojibway I found a really nice area that I had not really discovered until this fall. It had Fringed and Closed Gentian, Nodding ladies Tresses, and several types of Goldenrod, included Riddel's Goldenrod. False Yellow and Purple Foxglove plants were noted. 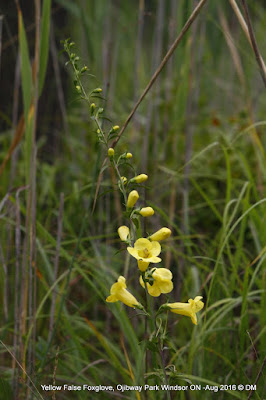 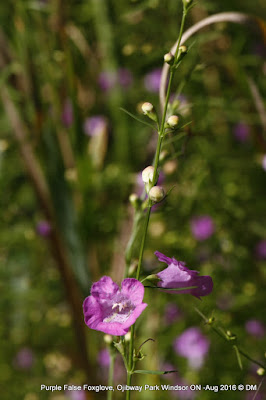 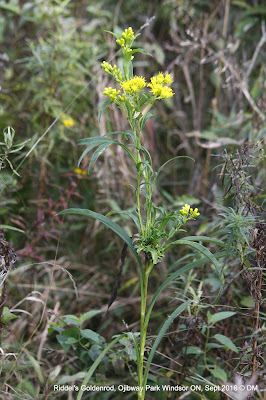 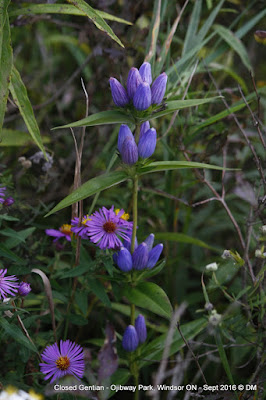 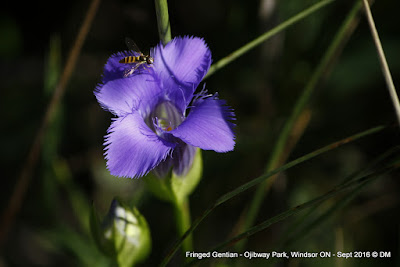 Ojibway Park is just a two minute drive from my house and I almost feel obligated to learn more about the biodiversity that it hosts. Ojibway Park's excellent website has three links to Spring, Mid-summer and late summer plants at Ojibway. There are hundreds of plants to discover - many of which are rare in Canada and Ontario. There are many plants that I've acknowledged this year that I didn't include on this page such as: Virginia Mountain Mint, Tall bellflower, Blue stemmed Goldenrod, White Lettuce, Cardinal Flower, Swampl Loostrife , Whorled Loostrife and Jimsonweed to name a few!

This is a pretty cool site for Ontario flowers as well:  http://www.ontariowildflowers.com/

One of my botany accomplishments this summer was to finally start a native wildflower garden. I think I have 20-30 native perennial plants that I hope will just "go wild" and attract summer butterflies and winter birds. I've also (ethicallly) collected seeds from plants such Prairie Dock, Iron weed, Joe Pye Weed, Asters, Goldenrods,  Common Milkweed, Swamp Milkweed, Buttefly Milkweed, Wild Bergamot and hope to get a small area in my yard and some adjacent natural area property. I also bought three planters from Home Depot to give my garden a little "boost". The planter below was produced by the Canadian Wildlife Federation for their "Help the Monarchs" campaign [link]. I can't wait to have butterfly milkweed in my backyard! 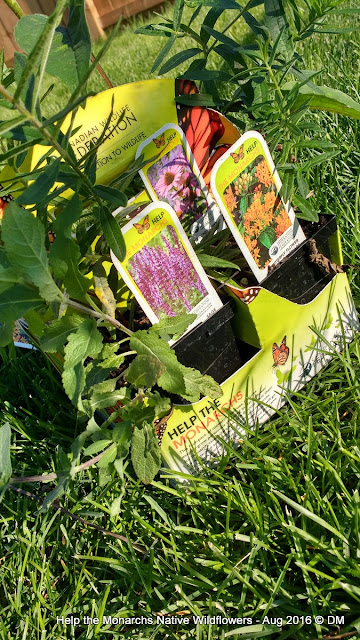 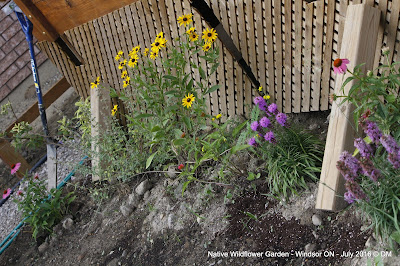