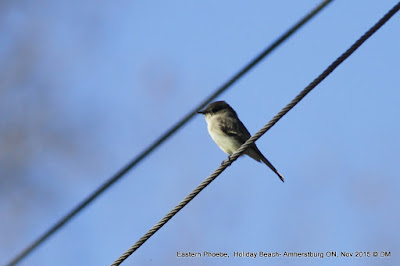 I've had mediocre birding observations over the last few weeks. I haven't had as much time to bird as I'm taking night school courses at the U of Windsor along with full time work and parenting duties. I've had two or three major highlights though - I had my first Common Redpoll in Essex County yesterday at Point Pelee. Common Redpolls are a great bird for me. I've only seen them on a few rare occasions at Rondeau, never in Essex County.  A female Purple finch, as well as some seasonal raptors were seen at Point Pelee. I also had a Richard C. sighting aka LLB. 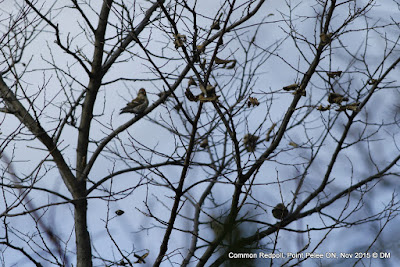 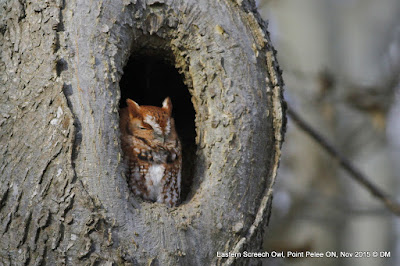 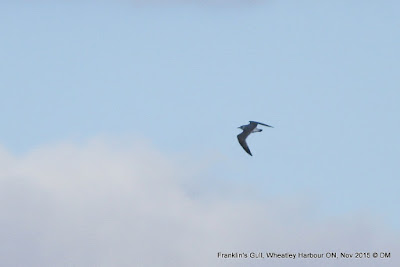 I think the photo above is a Franklin's Gull - I could be wrong- (let me down gently if I am).  I photographed it at Wheatley Harbour flying Southwest towards Hike Metal products (Essex Co). I'm quite certain I saw Franklin's Gulls in Calgary Alberta a few summers ago, so this is not a life bird, but its a first for Ontario and now a Chatham-Kent and Essex bird. It was exciting to read about these birds from Allen and Blakes' blogs over the last few days. Hopefully some stick around for more closer observation and study.

Closer to home, I've had some cool nature sightings just from my back porch. I've seen a Fox Sparrow briefly every weekend for the last three or four weeks, but when I grab my camera, its gone! But today, I finally saw this sparrow foraging along my fence line and had my camera close. Along with seeing a Fox Sparrow this morning I had 2-3 Eastern Bluebirds - ***mind blown*** perched on a tree in my back yard! Last weekend, I had an American Kestrel perched in my back yard as well. As I was looking at the bluebirds (couldn't get more than a diagnostic photo) and Fox Sparrow, a male deer walked by- pretty cool! I've also had Coyotes howling and barking after sunset last week, which is kind of scary. Red bellied Woodpeckers have been seen and heard with surprising regularity over the last few weeks as well. 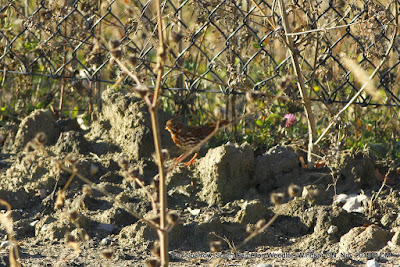 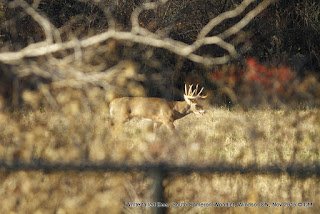 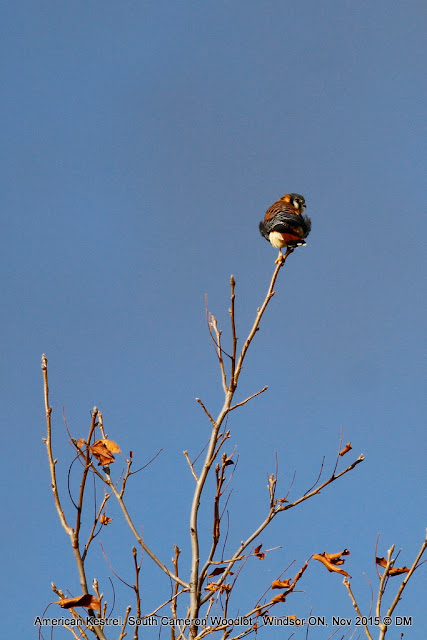 I've had decent back-yard birds since I moved in this summer and fall migration season. I will need to compile a list of everything. I'm trying to keep an ongoing list with Ebird as well.

Posted by dwaynejava at 9:00 PM No comments: