If you go to HBMO's website, they have a feature where you can look at monthly counts for any year that they have been counting. If you compare this October's monthly total with say, Oct 1975... How have things changed?

It seems that raptor numbers have increased for most species. For example, Bald Eagles, and Peregrine Falcons are both pretty easily seen now that DDT was banned. I'm surprised to see that Red -shouldered Hawks have increased. I was under the impression they were decreasing in numbers along with forest habitat. Turkey Vulture counts are just off the charts! This October, 48,000 - but back in Oct 1975 319 were seen!

Its interesting to ponder what has tipped the scales for Turkey Vultures? Has the creation of more roads, created more roadkill, and more carrion diet for the species? Has our garbage both at landfills and campgrounds helped this species out in an exorbitant fashion?

I was interested to see what the numbers above would look like in a chart, so I created a quick vertical bar chart in Excel. One chart includes Turkey Vultures (distorting the scale for the other less numerous raptors) and one without Turkey Vultures to get a better look at the lower numbered raptor trends. If turkey vulture counts continue to increase, perhaps a logrithmic scale would be better to use when graphing monthly totals. 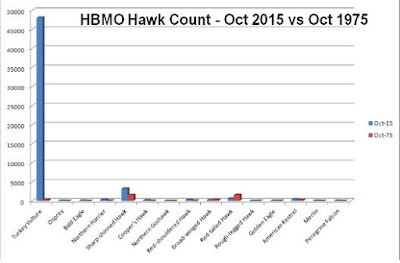 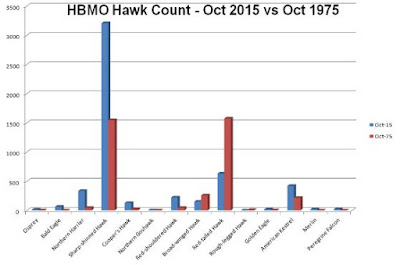 It seems that this week, Mars,  Venus & Jupiter can be seen all in close proximity before sunrise. I might try to see it tomorrow... If its not too cloudy!

Blog readers may remember the Western Kingbird that showed up in Windsor a few years ago. It was found in an area that has a small amount of natural area in central Windsor. It is a mix of railway corridor habitat, power transformers, and drainage basin & tributaries to Little River.

It was city-owned land that never got developed and was zoned for parkland. Now it seems it is officially going to be designated natural parkland.

My wife works in this area, and a co-worker who is a naturalist swears by the productivity of this small natural area. Just in butterflies alone - it is a great spot. Back when I was visiting the area to see the Kingbird, I swear I saw a Mink --- a great mammal species for central Windsor!

Essex County only has 5% natural coverage due to intense agricultural, industrial and residential development so any designated natural area is a great thing.

See the article below for more details. -DM

In the middle of the Twin Oaks Business Park, between E.C Row Expressway and the CP rail tracks, lies a park of a different kind.

An asphalt path perfect for a short bike ride or walking your dog winds through a landscape of Kentucky Coffee trees and red cedars. On a lower elevation flows the Little River, its lush, green banks home to songbirds, butterflies and endangered species like the Eastern fox snake.

The land, like the industrial properties around it, is owned by the city. Now, says a subcommittee of city council, it’s time to give the place a name and add it to the roster of municipal parks.

The committee’s recommendation will now go to the full city council for approval.

Henderson showed photos of what the area looked like in 1992 when the city purchased the Twin Oaks golf course to develop an industrial park. The golf course had dredged the waterway, stripped its banks and built dams, turning Little River into retention ponds used to water greens.

The city and other area groups spent $188,000 in 1997 and 1998 to install the trail and restore the waterway, naturalizing its banks with native shrubs and trees. “It’s now a model for stream restoration pretty much everywhere in Ontario,” Henderson said.

The city cuts the grass and hauls away debris from illegal dumping, but otherwise, leaves the land alone. Henderson said his group will continue to conduct cleanups there to keep the park free of litter and will raise money to install benches. It wants nothing more from the city than to recognize it as a municipal park and give it a name.

Payne said the property is in his ward. It is designated as parkland in the city’s official plan, but it has never been recognized as such. He said he got the city to install barriers at the end of Munich Court to stop illegal dumping. Park designation could thwart vandals who ride all-terrain vehicles and motorbikes through the area, marring the pristine landscape with deep ruts. He said he fully endorses naming the area a city park.“It’s a no-cost item. It’s a no-brainer. It’s a jewel.”

Posted by dwaynejava at 10:58 PM No comments: 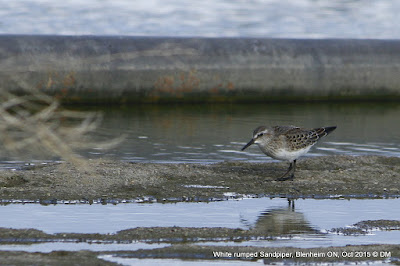 Huge numbers of  White rumped Sandpipers have been showing up in Ontario during their southbound migration this year. Their main migratory path is through the central provinces and states. Ontario's blogosphere (See Mike Burrell's White Rumped Sandpiper Posting) and Ebird hinted unprecedented numbers --- flocks as 100-300 were seen throughout Ontario over the last month (sightings of 1-10 birds are normally expected). I wanted to witness this specticle over the last two or three weeks, but couldn't make it out to any good shorebird habitat till this weekend. I thought I had missed the boat - but a recent e-bird posting from just this past Wednesday hinted that many were still around, as many as 60 at Blenheim SL. So after work on Friday, I checked out Blenheim and was happy to see that there were still some good shorebirds to be seen. It was very windy and very cold. It almost felt like it was going to snow actually.


White rumped Sandpipers have one of the farthest migrations imaginable - They breed in Canada's Arctic and they fly all the way to the southern reaches of South America during the winter.  Some cool things that these birds might observe in the Arctic Circle is the Aurora Borealis - Northern Lights. They might also witness the "midnight sun" which the arctic circle experiences - Several months of daylight - uninterrupted by a sunset and night time due to the tilt of the earth's axis.  It seems cool to think about how they chase the sun --- they are always in a constant Spring-Summer-Fall-Migrate cycle.  They arrive late in the springtime - as late as June and migrate south a little later as well. Its amazing to think that these birds , weighing only 1.4–2.1 oz (allaboutbirds) make all this effort to avoid winter and to have access to food. Its just part of their nature. Amazing. 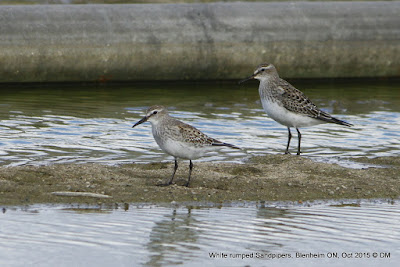 The local Essex County Field Naturalists group forwarded this video about "Vitamin N" (N for nature). Its a 10 minute presentation from an MBA grad student about nature. Its pretty good, and if you are reading this page... I'm sure you would agree whole heartedly with his message. One of the nature scenes that he provides looks to be Nova Scotia's Cabot trail if I'm not mistaken.

Click here for the link to the video: http://www.slideshare.net/StanfordBusiness/unplug-recharge-how-spending-time-in-nature-can-change-your-life


This article in the Windsor Star was about students planting Dense Blazing star in a small tallgrass prairie behind St Clair College.
http://windsorstar.com/news/local-news/threatened-prairie-plant-gets-boost-at-st-clair-college

I walked West Beach of Pelee with Jeremy Bensette & Alan Wormington on Saturday. The weather was gorgeous, but overall it was quiet. My best bird might be a Red breasted Nuthatch- called out by Jeremy. I must admit that I heard the nuthatch call, but can't really distinguish between a white breasted and red breasted by their calls yet. Some birds seen include: Lincolns Sparrow, Kingfisher, Sharp/Coopers,  Bald Eagle, Turkey Vulture, Horned Grebe, House Wren, Orange and Ruby crowned Kinglets ... but not much else was seen. 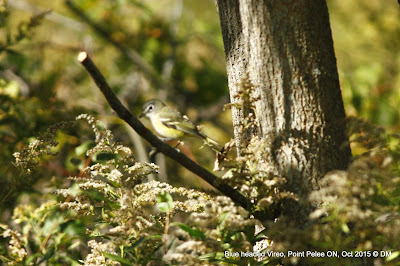 Before my west beach walk I had stopped by Delaurier which was really good just north of the parking lot. The goldenrod was crawling with Kinglets with a Blue headed Vireo and at least three Orange crowned Warblers. I must admit I was confused between Tenessee and Orange Crowned, but the "blurry" chest and Yellow undertail coverts are diagnostic. Another Lincoln's Sparrow, Eastern Phoebes, Dark eyed Juncos were also abundant along the edge of the parking lot. 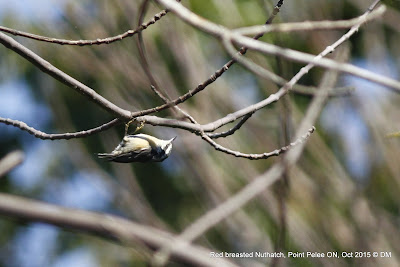 Before Delaurier, I went to Road 21 on the east side of Hillman Marsh which - to my amazement - was a dry farm field completely drained of water and birds from the weekend previous.  I also really wanted to go out to Blenheim SL this weekend, but I just did not have the 3-hour round trip time resources. 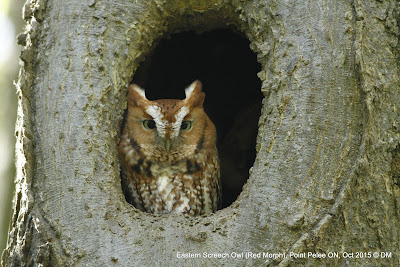 Seeing the Red breasted Nuthatch was one of the days highlights as I was not expecting to see any after reading this years Winter Finch Forecast. On the way out of the park, a Red-Morph Eastern Screech Owl caught my eye!

A few good butterflies were seen by Alan, Jeremy and myself:


It would have been nice to see a southern lepidopteric overshoot... You will have to go to Blakes blog to see the Ocola Skipper seen at Rondeau. 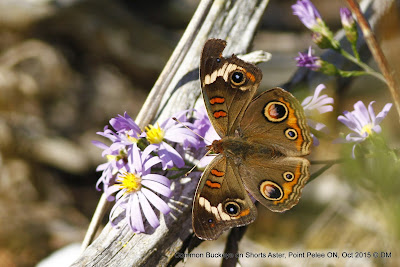 Some decent birds have been spotted in my back yard this week. Earlier in the week, I had another tail-pumping Palm Warbler flitting about. I had a Blue-headed Vireo this morning (Sunday) which blew my mind. Another great thing about my backyard is that over the last week or two, I have seen White crowned and White throated Sparrows, and on occasion, I hear partial white crowned sparrow songs --- while sipping my morning coffee!  I also noted some Yellow bellied Sapsuckers (from randolph street) while walking today, and when I went back to go take photos, I also noted a Juv red-headed woodpecker! 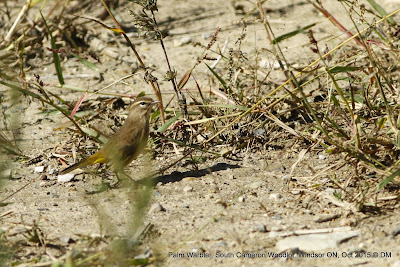 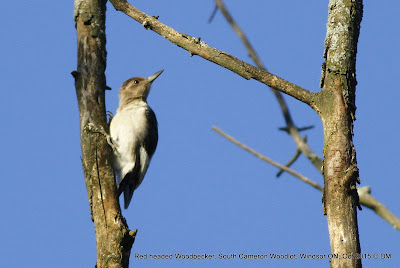 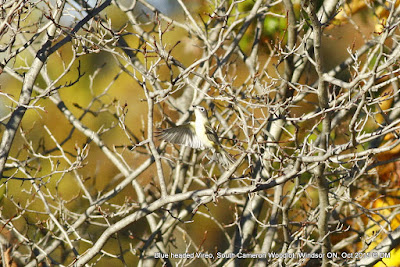 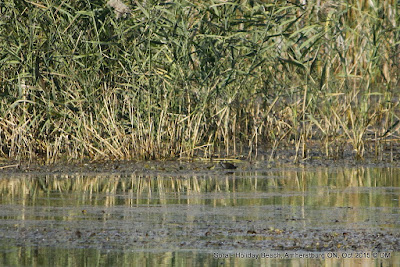 The OFO Convention that took place at Point Pelee this weekend brought in many great birders from across the province. It was also reported recently that Sabine's Gulls (Xema sabini) were seen near Rondeau a rare bird for sure.  So this morning at about 10:30am, I was amazed to see that a Sabine's Gull was found near Hillman Marsh. I have been feeling a little under the weather lately so I almost did not twitch this beautiful gull.

Many birders were around when I arrived and Jeremy Bensette quickly had me looking at Red-necked Phalarope and Little gulls. Barb C had re-found the Sabine's Gull after it had not been seen for a while. It was hard to pick out because by this time in the afternoon, it was cold, windy and raining. The bird came close to the road for a brief time then flew back a few hundred meters. While it was in flight, I managed to get a few diagnostic photos of its beautiful wing plumage. This is a life bird for me ... and one I had been hoping to see for the last few years. 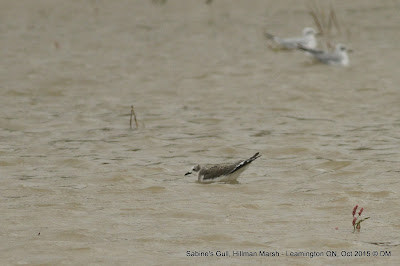 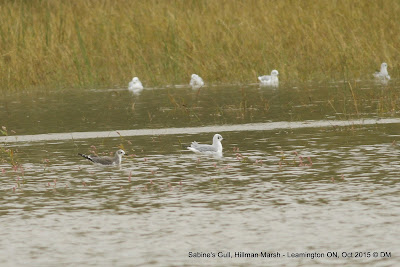 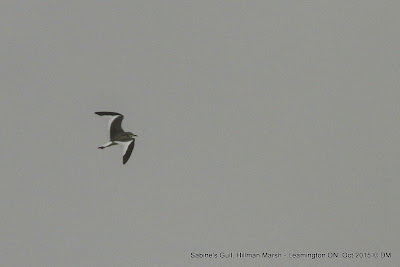 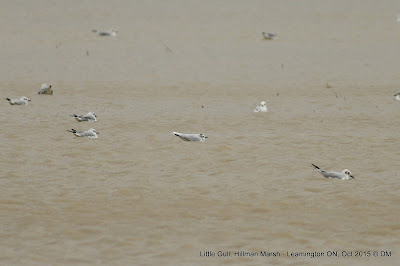 Because I was sick, I did not stay in the Pelee area too long. Lots of familiar faces around to see this rare gull - Blake, Barb, Jeremy, Rick, Kevin and more! Not much else too exciting this week. I found a few migrants at Ojibway, along with a few patches of Little Bluestem - a wild prairie grass that grows at Ojibway. 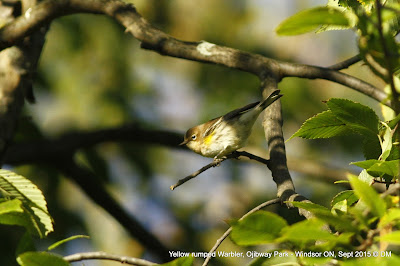 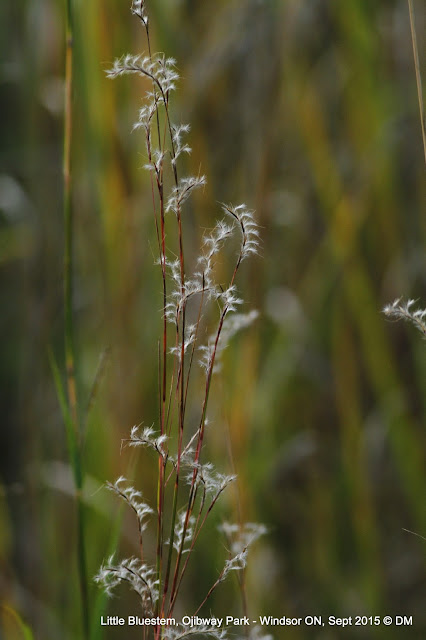 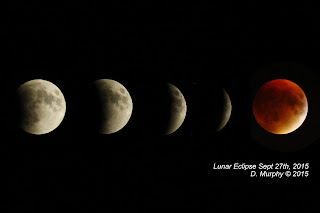