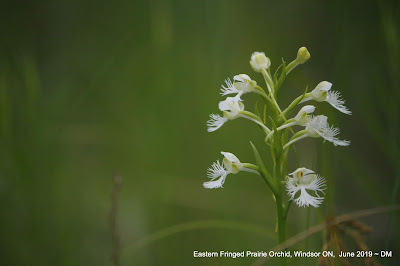 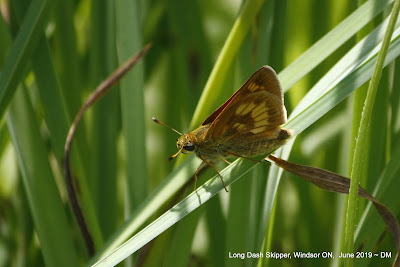 I had a chance to walk at Ojibway Park lately, and one of my target species was Eastern Fringed Prairie Orchid - of which I was happy to find three plants this year. Last year, I had only found one and it was victim to a cruel case of herbavory [link].

Some recent butterfly watching efforts resulted in finding my first of season Banded Hairstreaks, American Painted Lady, Long Dash Skipper, Silvery Checkerspot, and Monarchs. I had also seen some skipper butterflies that were difficult to ID (Little Glassywing or Northern Broken Dash?).  Some checks of my favorite butterfly watching spots has turned up low numbers and low diversity - which seems to be the theme this year. Perhaps things will warm up as the weather warms up.

I noticed a small flowering plant (weed?) which I was not familiar with this week. I think it was a Carolina Horsenettle - at least that's what I-naturalist suggested based on a photo of its flower. This plant seems to be a little bit of a noxious weed. It is poisonous for any animals that eat it, and it makes a tomato-like fruit - earning it the nickname "the devils tomatoes". 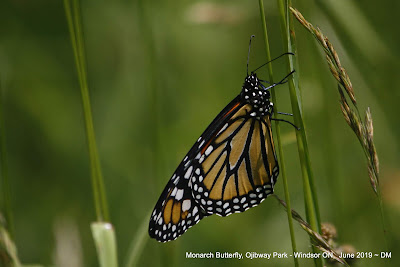 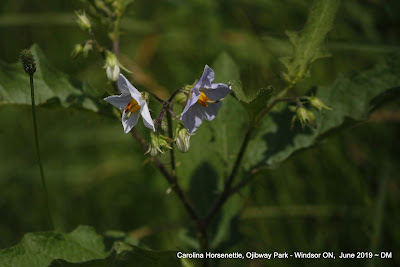 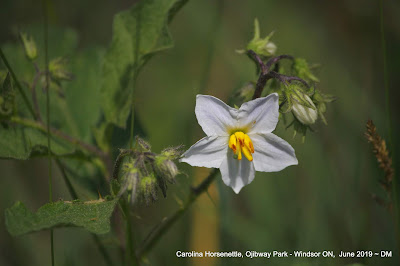 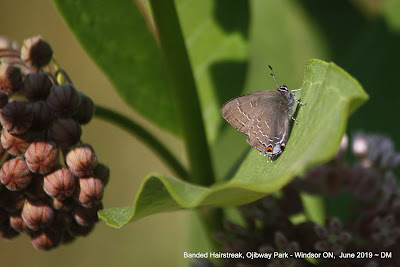 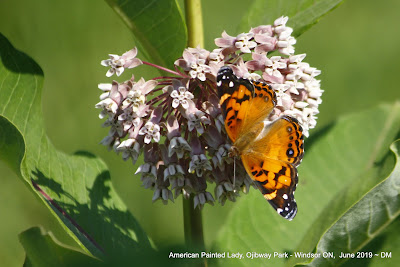 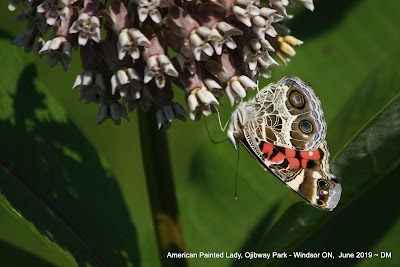 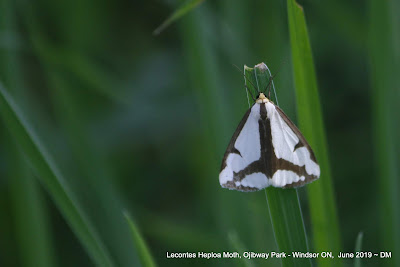 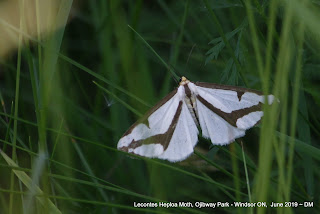 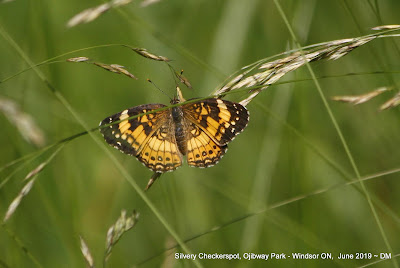 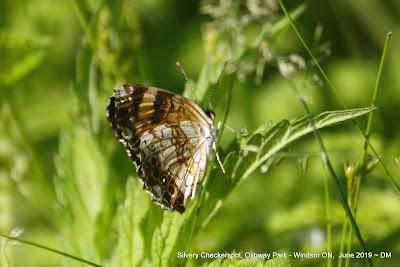 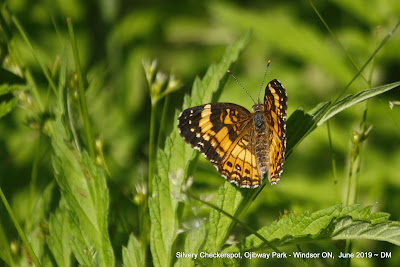 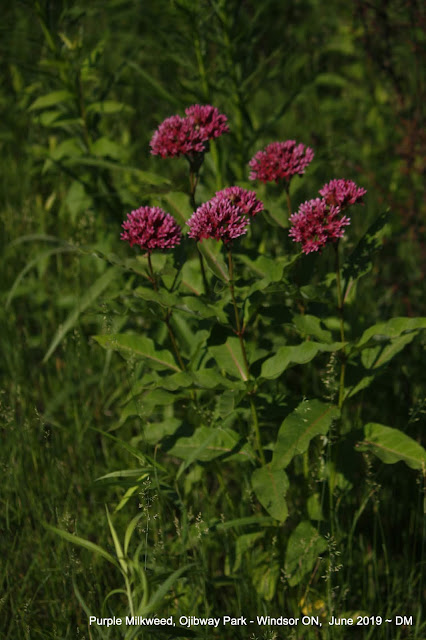 Posted by dwaynejava at 9:24 PM