Almost 1 week ago, a local birder (Kory R) found a Harris' Sparrow at Holiday Beach in Amherstburg. Slowly over the last 3 or 4 days other birders had found it in the same spot it had been originally seen. It was being generous in its migratory stay at Holiday Beach. Today after work, I figured I would try for a second time to see it.

I had stood around on the road in the prescribed area with several other birders. Initially I had obtained a brief and heavily obstructed view.  Paul P, Rick M, Andew and Kara W, even Jeremy B was there. After a long wait - and incredibly birders not pishing or using playback --- the bird flew across the scene from left to right and briefly alighted on a branch. I snapped a few photos with my camera and yes... this is a life bird for me!

While waiting, I had views of some birds that were around. Bald Eagle, Blue Herons, Great Egrets, my FOY Warbling Vireo and I had a stunning look at a Ruby-throated hummingbird. It had alighted in the the air about 4' away from my face at eye level. It twisted mid air and its "gorget" briefly went from black it stunning iridescent ruby red. It was a wonderful birding moment only to later be eclipsed by face melting views of Harris' Sparrow. 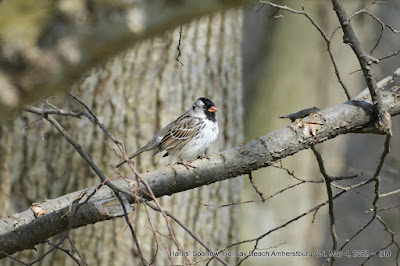 This past Sunday, I went to bird at Point Pelee for the first time in quite some time. I had been birding alot locally closer to my house since gasoline is so expensive.

I had some good birds at the park even though it was "slow". 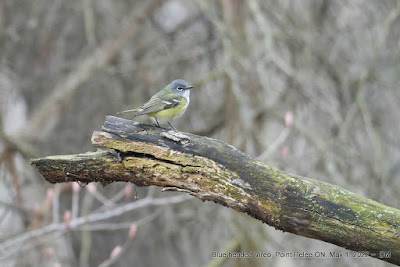 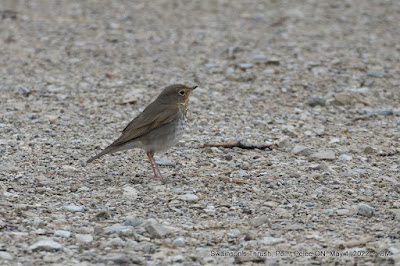 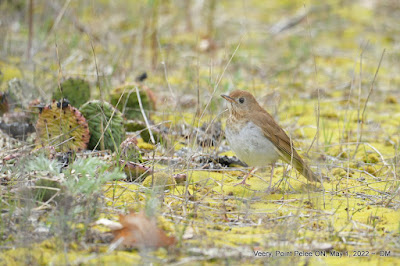 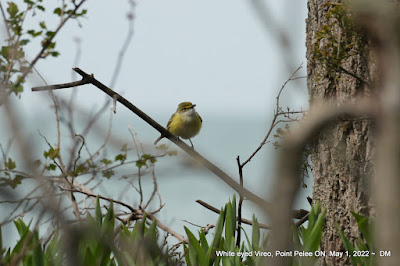 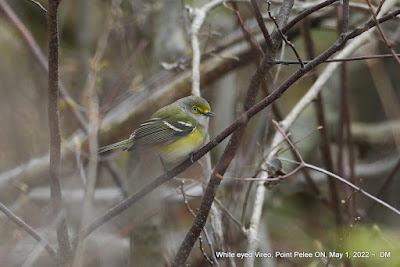 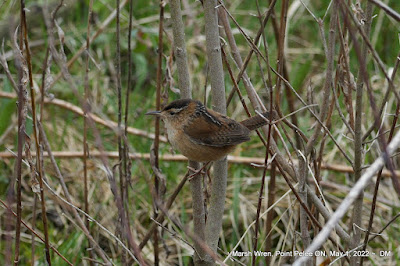 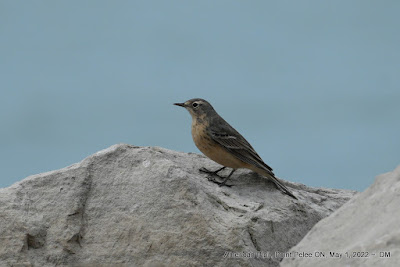 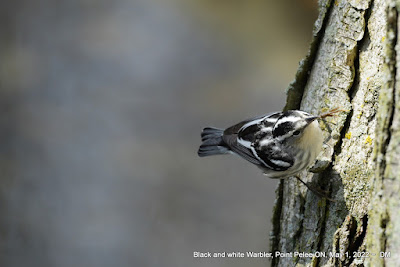 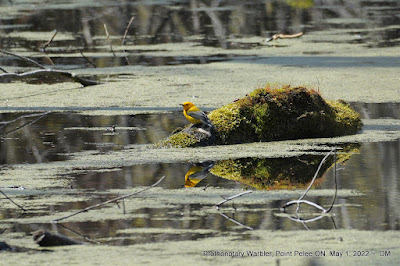 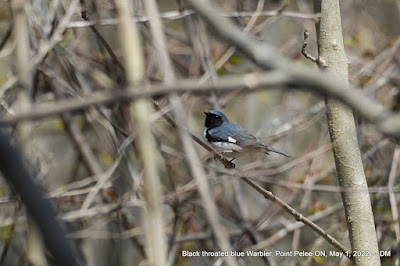 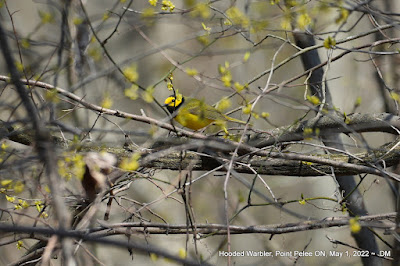 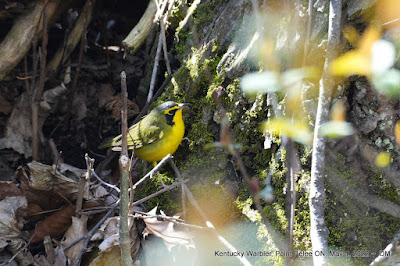 Posted by dwaynejava at 7:28 PM